Elohim: God of All Gods_ H 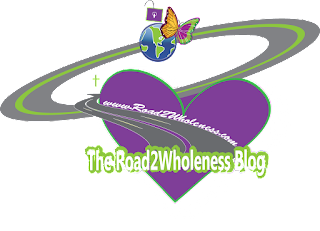 Welcome back to The Road2Wholeness Blog!  Thank you for joining the Blog Series Elohim: God of All Gods.  This is blog number two of four and is titled "H" which we pull from the series slogan "Zhee is for  Zeal".  As was revealed in the first blog, we'll be looking at King Hezekiah as we continue to  highlight The God of All Gods and moments within the Bible where God proved to be such.

Let's go to 2Kings 18:28-30  It reads, "The the commander stood and called out in Hebrew, "Hear the word of the great king, the king of Assyria!  This is what the king says: Do not let Hezekiah deceive you.  He cannot deliver you from my hand.  Do not let Hezekiah persuade you to trust in the Lord when he says, 'The Lord will surely deliver us; this city will not be given into the hand of the king of Assyria.'"

In the first blog, we saw the use of prophecy and the will of God in operation.  We also saw the pairing of prayer with promise.  In this blog we look at prayer again; this time paired with subordination.  Why Subordination?   Obviously Hezekiah is a King.  He is a power subordinate only to God.  Yet, when threatened he prays.  This is the unique factor that separates those chosen by God and who continues to choose God, as opposed to those who are not part of God's elect or those who have turned away from God.

In verse 32-35 the king of Assyria continues, "Do not listen to Hezekiah, for he is misleading you when he says, 'The Lord will deliver us.'  Has the god of any nation ever delivered his land from the hand of the king of Assyria? ... Who of all gods of these countries has been able to save his land from me?  How then can the Lord deliver Jerusalem from my hand?"  But the people remained silent and said nothing because the king had commanded, "Do not answer him."

And again in chapter 19 verse 9 Hezekiah was told not to be deceived, and again a list of past victories was given him.  Now, we know that the God of Israel has also a list of victories; many of which are more compelling, but Hezekiah ordered the people not to respond and he himself also never responded.  Hezekiah then took the letter he received and laid it out before God where he spoke freely to God and asked that God would open his eyes and see; and give ear and hear.

In verse 20 the prophet Isaiah sends word: "This is what the Lord, the God of Israel says: I have heard your prayer concerning Sennacherib king of Assyria."  You may read the word from the Lord in 2 Kings 19:21-31, but let's look at one particular portion.  It states in verse 25, "Have you not heard?  Long ago I ordained it.  In days of old I planned it; now I have brought it to pass, that you have turned fortified cities into piles of stone."

This is important and insightful.  The word is sent to Hezekiah, yet the words are meant for the king of Assyria.  The prophet Isaiah literally snap shots the words the Lord releases in regard to Hezekiah's prayer.  This then means that Isaiah is a guardian angel and stands in the presence of God.

What is also important is that the Lord points out that there are people who are listing their victories who believe that those victories are a show of their power when in fact it's a show of God's purpose.  Notice God has enough victories... He doesn't need to send his armies to destroy his enemies, but allows them to destroy each other.  But He is aroused in this moment; the moment Hezekiah cries out to him and says "open your eyes and see".  God then reveals that it is He who has ordained it for the king of Assyria to have turned fortified cities into piles of stone.  In this moment God... The God of All Gods... Elohim says in essence, "No, you open your eyes and see."

But let's look at what Hezekiah did right.  He never responded.  Why is this key?  Why is this powerful?  This is powerful because the prophecy spoken about the future of the king of Assyria became God's promise not Hezekiah's promise.  Therefore God and His power is magnified and not the human power, will, or influence of just another King.

Another thing we should point out here.  Another distinction to be made actually is the difference between the actual armies (military force) under God's elect and the army of God.  The army of God separate from the military force which is subordinate to a king that may or may not be subordinate to God is part of the spiritual chain of command in the heavenly realms.  In this second blog we continue to see this chain of command in action.  Hezekiah.... King; subordinate to God.... prays.  Isaiah guardian angel.... principality; brings the word from God.  In the natural Isaiah is limited to the title "Prophet"; one who speaks the end in the beginning, but here we see his positioning in the chain.  Now, let's look once more at Hezekiah's humility and subordination.  I do this with a simple question.  Here it is.

Could you be King, and call out to God, and receive God's answer thru another being?  Yes, this was customary in the days of the Bible, but what about today?  After all, this time Hezekiah went to God for himself.  This only shows that Hezekiah is quite aware of Elohim: God of All Gods.

"For out of Jerusalem will come a remnant, and out of Mount Zion a band of survivors.  The Zeal of the Lord will Accomplish This."  -2 Kings 19:31 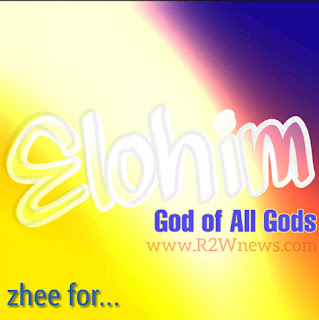 Coming up in this blog series... Elohim: God of All Gods_E