on December 17, 2018
Welcome back to The Road2Wholeness Blog.  Thank you for taking the read today.  We’re still in the blog series, Lord! ASAP.  This is the fourth and final blog of the series.  Today we go to the book of Jonah.  In this book of the bible, the word of the Lord comes to Jonah asking him to go to Nineveh to warn the people of its coming destruction.  Jonah as you may know, first tries to run away from the instruction given to him and ends up in the belly of a whale.  This blog picks up after Jonah is vomited up and finally delivers God’s message to the people of Nineveh.
In Chapter 3, verse 3-5, it reads “Jonah obeyed the word of the Lord and went to Nineveh.  Now Nineveh was a large city; it took three days to go through it.  Jonah began by going a day’s journey into the city, proclaiming, 'Forty more days and Nineveh will be overthrown.'  The Ninevites believed God.  A fast was proclaimed, and all of them, from the greatest to the least, put on sackcloth.”

In verse 10 we read, “When God saw what they did and how they turned from their evil ways, he relented and did not bring on them the destruction he had threatened.”

The remainder of the book and story is between Jonah and God, as Jonah finds himself upset that God relented and preserved the people of Nineveh.  Jonah is unable to see or understand why God makes him to proclaim such a certained word and then relents.  He then petitions the Lord… “Now, Lord take away my life, for it is better for me to die than to live.”  Jonah then goes, makes himself a shelter, sits down, and waits to see what will happen to the city.

It appears that Jonah is upset and perhaps even embarrassed that God did not keep the words he’d given to Jonah to speak, but instead chose to keep His word to be a gracious and compassionate God.  Jonah expected his word to be carried out and is now ready to die.  To this God replies, “Is it right for you to be angry?”  God then tries to demonstrate to Jonah his position by providing him a plant that grows up over him to provide shade and ease his discomfort.  However, the next day God sends a worm which chews the plant and it withers.  Again Jonah is disappointed and angry, and again, God asks, “Is it right for you to be angry about the plant?”

In the final two verses of the book God explains, “You have been concerned about this plant, though you did not tend it or make it grow.  It sprang up overnight and died overnight.  And should I not have concern for the great city of Nineveh, in which there are more than a hundred and twenty thousand people who cannot tell their right hand from their left?”

Here God takes the position of the plant in the demonstration.  He ultimately asks Himself, “What kind of God would I be if my love withered overnight?”  In essence, God poses the question to Jonah who in one day has grown to expect the plant God provided, “Do you see how quickly your affection has grown for this plant which you have not tended or made to grow?  How then should I give up on my people?”

What we can also draw from this story is that God still has his heart set on his ideal for man and the relationship between man and himself.  Where Jonah saw himself simply as a messenger, God used him as an intercessor.  Therefore we see that Jonah unlike Daniel is still very immature in his role as a prophet.  If we read the book of Daniel, we see that Daniel always took the position of praying for and petitioning God on the behalf of the people.

One other thing we should look at here.  In the case of the King of this town or city, in chapter 3, he gives an official decree stating that no persons, animal, herd, or flock should taste anything.  Verse 8 reads, “But let the people and animals be covered with sackcloth.  Let everyone call urgently on God.  Let them give up their evil ways and their violence.”  Therefore we know that these were not just God’s people, but at their root they were the people of God for the way they heeded the word that Jonah brought to them.

In the end we do not hear from Jonah again.  We do not know if Jonah ever got understanding about any or all of the events that took place, but I would like to add to the credit of Jonah, who even in his disobedience, brought salvation to many other people.  In the case of the men who Jonah boarded the ship to Tarshish with in the beginning of the story, they too by evidence and signs become fearful of the Lord and begun to offer sacrifices and made vows to the Lord.  So we see all throughout this book the ultimate dialogue of ASAP.  The word of the Lord came to Jonah urgently.  Jonah tried to escape urgently.  He then follows through urgently.  The people of Nineveh responded urgently, and God delivers them urgently.

Now we know to keep an urgent ear to the word of the Lord, and we also know that God does the same where His people are concerned.  Therefore hold firm to your faith in God, and then take the actions necessary to improve the lines of communication between you and your Lord.  Let the people of Nineveh be an example to you who believe God, and let the conversation between Jonah and God remind you of God’s love for the ones He tends to.

Thanks for taking the stroll with The Road2Wholeness Blog in 2018.  The blog will return in March of 2019.  Until then please keep up with our monthly newsletter R2W Monthly for the blog's extended activities and events.  Enjoy your Holiday Season... Merry Christmas and Have a Happy New Year! 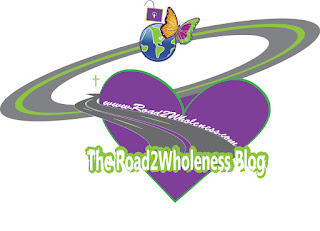 A Series About Prayer Beyond the Veil Blogs by NaTisha Renee Conversations with God Face God Lessons in Love Lord! ASAP Road2Wholeness The Road2Wholeness Blog