The Power of Silence


Welcome back!  Thank you for taking the read today, and another stroll with The Road2Wholeness Blog.

Today’s topic is, “The Power of Silence”.

I’ve learned that the more confident I am in myself, the less present God is.  Don’t misunderstand.  God most certainly wants us to be confident, but He really desires to be the foundation of all things we are confident about.  That being said, I’m confident that He will show me the way here.

Today, I want to share a testimony of more of God’s healing touch and ministry of reconciliation in my life.   The thing about God is… He’s thorough in his healing efforts.  He will not leave any area in darkness.  You should also know that healing does not only come by the touch of an anoint hand or through the petition of prayer.  Healing will sometimes require an action on the part of the person asking to be healed.  There are many accounts of this in scripture as Jesus moved about performing acts of healings.  In one case, ten men who called on Jesus were told to “Go”, to begin walking, and as they walked; their bodies were cleansed of leprosy.

Back in May when the issue of an abortion I had at age eighteen arose at a 2-day encounter experience with my church, I was surprised.  It was long buried; tucked away, and sound-asleep resting in pride.  Pride because I thought I had done good.  Back then, I had considered the torment I felt in my childhood, I looked at my then dysfunction square in the face, and thought… No!  I will not subject a human soul to such a life; such an unprepared attempt to parent.  So, I didn’t blink, over-think, or reconsider.  It was super early; under two weeks actually, because it had been revealed to me in the moment and I couldn’t get the nagging out of my head.   I quickly went to Walgreens, got a three pack of pregnancy tests, and used every last one.  I was shocked and in disbelief.  I confided in a friend and was able to get some pills.  I never consulted my boyfriend.  It never even crossed my mind.  I was in the world, and in the world; the choice was mine.  A few days later I experienced the worse bleeding and cramping I’ve ever known.  The child whom God had attempted to knit in my womb was forced out.

Here I am eighteen years later and it’s presented to me as a sin (an offense to God).  “Okay, fine… God forgive me,  I asked.”  Yet, I had not changed my mind.  I had not even begun to see my decision differently.  Why?  Because, I took pride in my decision and I felt so sure that I had done better than the mother on the 5 o’clock news who allowed her boyfriend to abuse and kill her child.  I was sure I could be justified.  But, no; no levels in sin!   A few months later, as I was fasting and praying, the issue arose again.  I was being asked to take the matter seriously.  I looked again; still blinded but willing to at least look again and not brush it off.  This time I was broken open as I was beginning to fall in love with the Lord, Jesus and I realized it was important to Him.  Isn’t that love; to say, okay…It’s important to me because it’s important to you.  This time I asked for sincere forgiveness.  I cried.  I felt remorseful, but I had not changed my mind.  If some young girl or woman had come to me for advice, I still couldn’t say I would have been firmly planted on the side of God.  The reasons were a few.  1.)  I had not considered what I did as murder.  There was no medical procedure involved.  It was in my mind not quite a child.  In my mind I didn’t have a baby in me, but if I didn’t do something…  I would have a baby.  Not to mention, I had this picture of murder in my head as a shooting, stabbing, wringing of the neck type thing.  2.) My reasoning and mentality… my right to choose.  3.) My Pride.  But, I did repent and He did promise to forgive me.  I felt confident in His promise and so… off I went.  I completed the fast and found myself in a new dimension with God.

Two months later, I’m watching a sermon online and the speaker references abortion.  The next morning, “Sunday Morning”, I go to church, and one of the members come up and give a testimony of a healing program, called “Surrendering the Secrets”, she had gone through and told how it impacted her life.  I thought…  “Oh, Lord.  Really!   Okay.”  It became clear to me that these two incidents had coincided in order to nudge me forward.   I was convinced at this point that the issue was great, unresolved, and evidently urgent.  How urgent?  So urgent that when I went to my normal, after service, Sunday class; there she was…. The same lady that gave the testimony!  Unreal!  I wasted no time.  I spoke with her and got the information I needed.  However, I realized that the next cycle was scheduled to begin on the same Monday, only a half-hour before the new season of The ReWIRE Show was set to begin.  Clearly, I had some decisions to make.  This time I chose right.  I yielded to the work of the Lord.  I thought… “If you’re committed to my healing Lord… so am I”.  I shuffled things, changed my show from Monday to Tuesday, and even with a jam packed schedule that included three other weekday classes; I went each week for ten weeks.

And here is what I learned:

I learned that abortion carries enormous spiritual weight.  Actually, there’s emotional, spiritual, and mental baggage left behind the act of abortion.  In my case, there were a lot of symptoms like depression, isolation, intense feelings of loneliness, and eating disorder that overlapped from childhood and adolescence into my post-abortion years, but still I clearly saw the progression and growing aggression of those symptoms.  Still, there is so much more byproduct, baggage, and bondage I discovered and some of the other participants encountered.  One of the symptoms I identified with that clearly was not there until after my abortion was emotional deadening.  I didn’t even know that was a thing, but as soon as it was pointed out to me, I knew exactly what was meant.  This is why I talked about in the last blog of The ReWIRED Life series, of emotional intelligence being different than wholeness and healing in Christ.  And this is why I can separate the work I did from the work He does.  He sees our blind spots.  He knows all masks.  None gets by.  He is light, and where light is, darkness must bow out.

Scripture says: “Everything exposed by the light is made clear.  For what makes everything clear is light. (Ephesians 5:13-14 HCSB)

I also learned about some well-dressed anger I was still harboring.  You see deception is a veil, and deception in one area almost always mean deception in another.  Yet, don’t be overwhelmed by that; Jesus will light the way.

One of the biggest things that happened in the process is that I made an open confession that I had been raped at age nineteen.  A few days later I found myself saying it again in another group.  I realized that I had never actually said those words out-loud and that there was such freedom in confession.   The next day I felt my urge to overeat sharply decrease.  It was so substantial that I took notice.  Yet, the greatest thing I obtained during this process was a heart of flesh and the promise of great joy for my ashes.  I just find it amazing because God always gives us more than we ask for or can imagine.

Still, there were a few other surprises along the ten week journey of “Surrendering the Secrets”, but I’ll leave that to be discovered and enjoyed by anyone who might need to seek this healing journey.  But the reason why this post is called “The Power of Silence” is because, the enemy of our soul sure do love when we harbor grief, hold on to secrets, and hide out in the shadows of life.  It eclipses the plans God has for us and keeps us from walking into His promises.  I’ve found that the more we reveal and heal; the less real-estate fear, hurt, shame, and anger has.  The more I tell; the less I’m taunted.  Remember, in fear there is bondage, but in love there is freedom.  Along with that, I tell because I want others to heal too.

Lastly, I just want to bring back the story from the beginning where I talked about Jesus healing ten men who had leprosy.  In the story, they had cried out for mercy, and Jesus said… Go, reveal yourselves to the priests.  As they began to walk, they were cleansed.  Eventually, one man came back praising God and giving thanks.  Jesus then asked, “Didn’t I heal ten?  Where are the other nine?”  He then spoke an additional blessing of wellness over that man… saying, “Your faith as made you whole.”  What I’ve concluded is that the first time Jesus healed the issue.  On the second encounter, He healed the man.  Certainly, there’s a difference.

I do not only return to Him to say thanks, but I choose to share my good news.   It’s the great commission.  Let’s tell the good news about what He’s doing for us (that’s present tense not past tense… because He is alive and is always doing).  And if you haven’t met Jesus, you must.  He’s amazing!  Just call on the name. 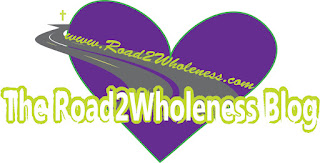 With Gratitude and Thanksgiving,